The 1890 Land-Grant Institutions were created as a result of the Second Morrill Act of 1890. Prior to this, the United States Congress passed the First Morrill Act of 1862, which authorized the establishment of a land-grant institution in each state to educate citizens in agriculture, home economics, mechanical arts, and other practical professions. The land-grant philosophy has been the foundation of America's agricultural productivity for over 150 years. The three cornerstones of the land-grant approach – teaching, research, and extension – have improved the economic well-being and quality of life for millions of Americans.

In the beginning, however, not everyone benefitted from the land-grant system. Under the conditions of legal separation of the races in the South, African Americans were not permitted to attend the original land-grant institutions. Although the Morrill Act of 1862 authorized "separate but equal" facilities, only Mississippi and Kentucky established institutions for African Americans under this law, and only Alcorn State University was designated as a land-grant institution.

One exception to this historical pattern is Tuskegee University, which was created as Tuskegee Normal and Industrial Institute by an act of the Alabama legislature in 1881. Twelve years later, the state granted the school its independence and incorporated a semi-private board of trustees to govern it. Thus, Tuskegee University is not a land-grant college, despite the fact that it was granted 25,000 acres of land by the U.S. Congress in 1899. However, because Tuskegee has espoused the land-grant philosophy throughout its history, it traditionally has been associated with the African American land-grant institutions. 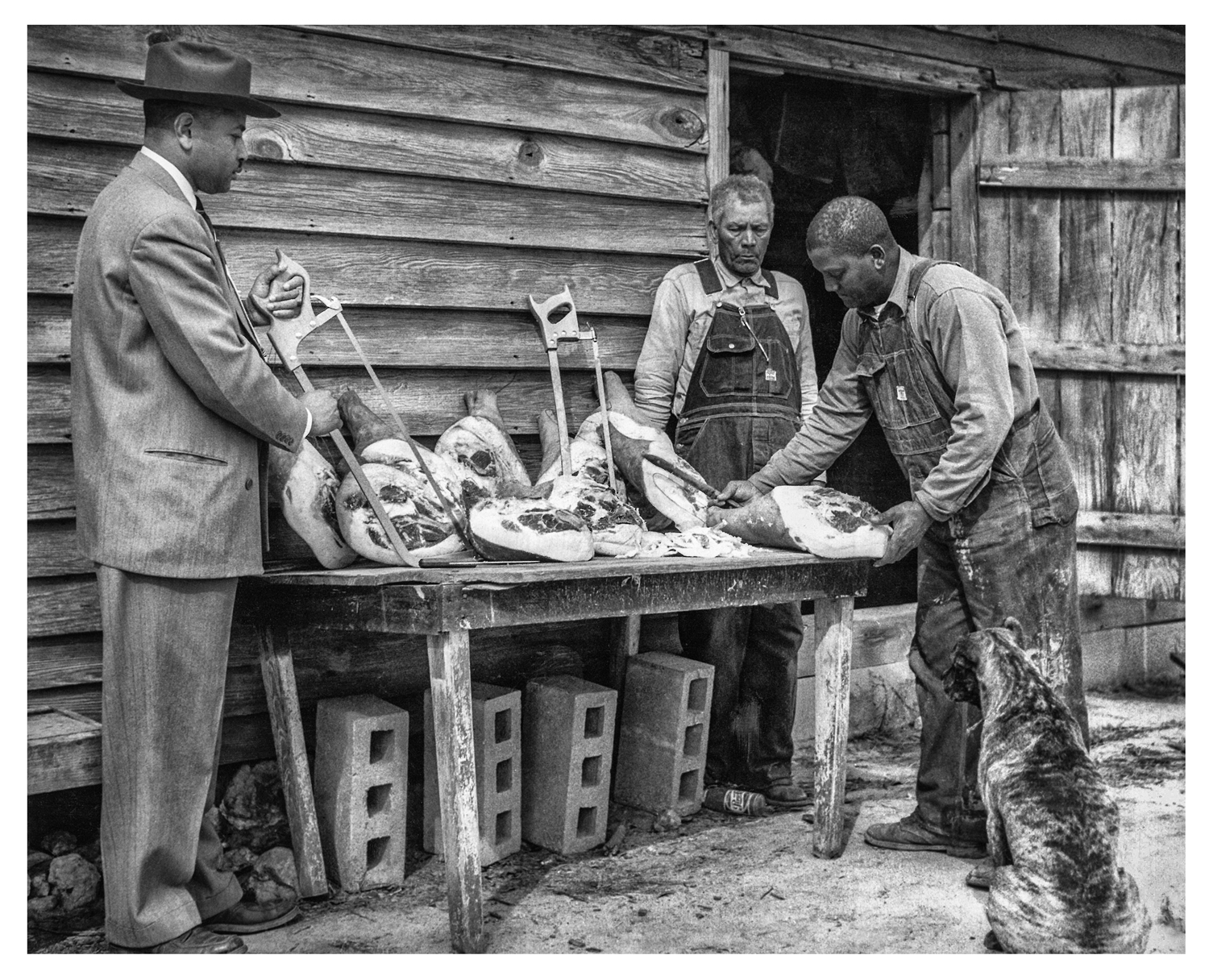 N.C. A&T Cooperative Extension agent Leroy R. Johnson, left, presides over a “Ham and Eggs Show,” around 1953. Thanks to Johnson’s efforts, many African American farm families in Johnston County enhanced their incomes by learning how to raise poultry and hogs and to cure quality country ham. Johnson later went on to present a Grand Champion ham from North Carolina to President Dwight D. Eisenhower. Some people attributed the genesis of North Carolina’s hog industry to his ham and eggs shows.

From these humble beginnings, the 1890 Institutions evolved into a major educational resource for the nation. For over a century, they have provided a principal means of access to higher education for African American men and women. Today, although their programs are available to all persons regardless of race, sex, creed, or socioeconomic status, the 1890 Institutions still continue to be a key source of African American leaders who render valuable service to their communities, the nation, and the world.

Historically black land-grant institutions and Tuskegee University perform important public services by carrying scientific knowledge of agriculture, resource management, human development, and technology to farmers and urban residents. These outreach educational programs provide liberal and practical education to adults and youngsters through a " learning by doing " approach. This is education for action, supported by scientific research.

Through current 1890 Extension efforts and other outreach programs, the 1890 universities are committed to serving the needs of all communities and families through science-based educational, research and technology transfer mechanisms. Our Goal is to expand the problem solving capabilities of the institution to enhance our state and nation.